Travelling with your ESTA: Practical Advice of Conduct

Will the cultural differences between Europe and the United States lead to friction? We think it might, so we would like to share some general rules of behavior. 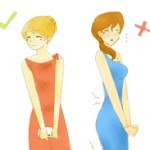 We can certainly say that Americans are kind but observant of the rules. Equipped with a good deal of sense of humor, they still tend to be direct in conversations.

Be sure of yourself: during conversations it’s not recommended to use metaphors. Americans do not beat around the bush, they are direct. This is reflected for example in their way of writing, where communication is almost always to the point. In general, a fearful or shy attitude could trigger suspicions that you are hiding something.

Neutral, ice breaker Topics: As mentioned above, the European and American culture have some differences. Although you are seen with curiosity, some general unwritten rules are to be respected.

If your interlocutors are familiar to you, any questions about their family are welcomed. How are your children, or your family? Is generally a good starting point for a jovial conversation.

Work has a central role in American society, so why not share some knowledge on this topic? The European economy and the US have extensive diversity; the exchange of experiences could be highly educational.

Another possible topic of conversation is sports. Unlike Europe however, here football or soccer(as Americans call it) is not the most popular sport. Basketball, baseball and certainly the NFL (National Football League) are. The super bowl in fact (the final game of American football) is among the most watched sport events in the world. Take note before you go and find out more about these sports before you arrive.

Topics to refrain from speaking about: Some social topics, often discussed at the table with friends at home, are not as neutral overseas. Refrain from political, racial or religious themes.If you are curious about legislation that entitles to the bearing of arms, be neutral in your questions and willing to listen to the reasons of others. We do not recommend discussing subjects like sexual freedom, abortion or the death penalty in the US justice system.In general you could be put in an uncomfortable position should you only decide to impose your own point of view on the above mentioned issues. America is famous for respecting differences of opinion, but you should not discuss these issues unless you are with friends.

Welcomed body language: During your stay you will notice the courtesy and formality of the US population. If you crossed the look of someone in a public place, it is welcome to nod. Maintain eye contact with your interlocutor, it is a sign that you are listening. Remember that eye contact should not be prolonged; you might embarrass those who you are staring at.When introduced to someone, a smile is the best way to greet a new acquaintance.

When introduced to someone, a smile is the best way to greet a new acquaintance.

Body language to avoid: Unlike Europe, the Americans are not very prone to physical contact. In fact, they do not kiss friends when greeting them. During conversation, avoid body contact and always maintain a “safe” distance. This is unlike the Latin culture (of Spain or Italy) and more similar to the likes of Germany and Sweden, for example.

Body language with your partner: As mentioned, American culture is quite formal, somewhat more conservative than the European. So, if you travel with your partner, be careful with overt expressions of love in public, they are not well perceived.

Do not be afraid of a cultural exchange. The differences with your country will stimulate many questions. The conversation that will be born will further enrich your trip in the U.S.